Meet the pet: Rosie and Bo

Our Pet Plus™ cycles project was born out of our team’s love of pets and the joy they bring to us each day. Over the next few months, we’ll be posting the stories of the pets who inspired the idea. Today, we’ll meet Rosie and Bo, the dynamic duo you never knew you needed to meet until now.

Cats and dogs have a long history of animosity, but these two bring all of the stereotypes to a screeching halt. Best of friends Rosie (dog) and Bo (cat) were adopted from separate shelters by Cody Masluk and his wife Coleen, but you wouldn’t know it because the two are inseparable; Bo even grooms Rosie.

Coleen grew up with animals, so she knew she wanted a pet as an adult. Cody, vice president and general manager of Speed Queen Consumer distribution, on the other hand didn’t, but knew some furry friends would be in his future.

Of the pair, Bo, now 3, was the first addition and was initially adopted after the couple’s other dog had double shoulder surgery. They thought a little buddy might help with recovery. Cody and Coleen ended up adopting Rosie, who is almost 5, shortly after because they decided they wanted to rescue another animal. To say these two are animal lovers is an understatement.

As soon as they were put together, Rosie and Bo were inseparable. Because they’re similar in size, they even think they’re the same species, Cody said.

“They wrestle and play all day then groom each other and sleep together at night by the fire or in front of the TV,” Cody said. “They are truly in love.”

Like we mentioned before, the couple LOVES animals. In their log cabin home, they have three dogs, one cat, two tortoises, three geckos, six chickens and two fish tanks. Rosie and Bo get along with everyone, but they have a special bond with each other that Cody and Coleen don’t see with the other animals in the home.

The dynamic duo was definitely meant to be, because Coleen said the family intended on adopting a different dog before bringing Rosie home.

“We asked the shelter what dog do you think would fit our family,” Coleen said. “We were shown Rosie and when she wagged her little butt and fell on her side as soon as she saw us, we were done. We knew she was ours.”

To this day, Rosie still pretends to plop on her side when she gets excited to see someone – likely to prompt a belly rub. Coleen calls it “the fainting goat.”

Rosie also loves to play. She’ll run around the yard, roll on the ground, and she even knows how to play soccer and wrestle. 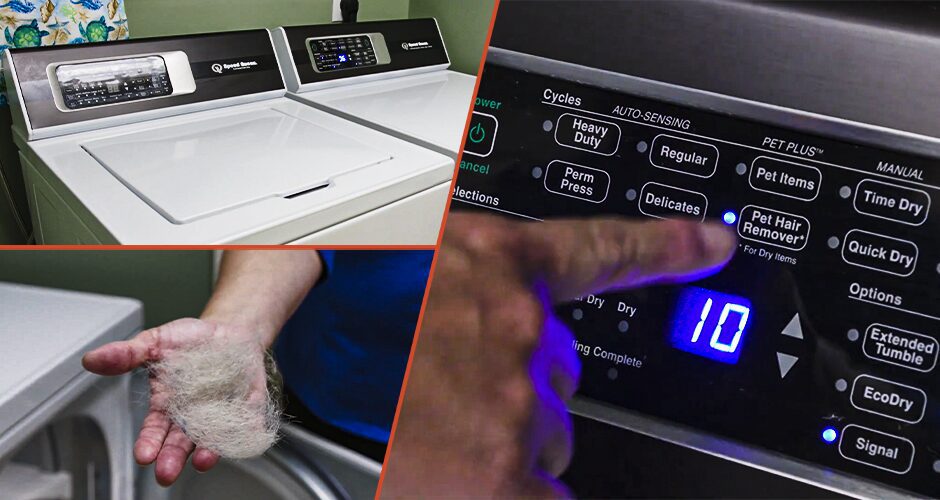